“I don’t need to pick up pennies, I’ve already had my fair share of luck”

THE MILKY WAY is clearly visible cutting through a blanket of stars tonight. It is a gorgeous evening to be flying. The volcanic peaks of Maui are two hours behind us and we are in smooth air, level at 37,000 feet. My 149 passengers are comfortable, and many are sleeping as we speed across the Pacific towards a morning sunrise in San Francisco. Our next reporting point is twenty minutes ahead of us, all systems are operating normally and we are on-time. I recline my seat a little, take a sip of coffee and dim the cockpit lights. Immediately, my office window is filled with a million intricate light patterns from a night sky unpolluted by the yellow glare of civilization. Several constellations are easy to pick out, but I continue to scan the sky for the chance of glimpsing a star that nobody has seen before. It is a breathtaking and privileged view I have enjoyed countless times before, but not always from the comfort of a modern jet airliner cockpit.

My path to command this commercial jet included several years as an international aircraft delivery pilot, an extremely dangerous occupation more commonly called “ferry flying.” For several years, I specialized in the delivery of very small, sparsely equipped training aircraft, flying thousands of miles across our oceans to owners and brokers throughout the world. I often flew alone surrounded by huge temporary fuel tanks installed where the passenger seats would normally be, in aircraft no larger than a family car with four seats and a propeller at the front driven by a single piston engine. Most of these machines were barely capable of scraping over an average sized mountain and many lacked basic equipment, like an autopilot or satellite navigation, for ferry flights that could last up to 18 hours. None of the smaller aircraft I flew were designed to confront the types of extreme and unpredictable weather systems that occasionally build in the North Atlantic or Pacific Ocean and so a thorough understanding of low level oceanic weather systems was a mandatory skill I had to learn as I traveled.

Although my ferry pilot career was initially accidental, I worked hard to build my reputation as a reliable and safe delivery pilot. My first few solo oceanic crossings were extremely risky and blind luck was an overwhelming substitute for inexperience. The small group of professional oceanic ferry pilots designated me “the new English guy” while I earned my experience. Shaking this title took almost a full year of back-to-back oceanic ferrying before I was confident I had witnessed and survived most of the hazardous weather conditions that exist across our oceans. Once my rookie season was completed, I’d watch other new pilots go through the same period of self-education, but the turnover rate was extremely high. Many green pilots would simply quit part way through a delivery, usually after they had witnessed some of the true dangers. Tragically, and all too often, some would never reach their destination. Occasionally, very seasoned ferry pilots would get into trouble too. Good ferry pilots like Hardy, Alexandra, Simon, Jeff, Lori, Jim, Don and Fritz are all dead. It would have been easy for me to join them if my handful of luck hadn’t kept me safe while I continuously crisscrossed the earth.

Hearing of a ferry pilot loss, rookie or experienced, always hit me extremely hard. I would often think about my missing colleagues as I flew low across the sea, following the same routes they had once flown. Sickening loneliness would often commandeer my mind as I approached the middle of the ocean, especially when I was too far away from civilization for any “post ditching” rescue. It was at these times that I’d turn to the stars for distraction. I tried to learn new constellations and I slowly mapped the night sky in my head during hours of unaccompanied study time. As my engine droned on towards another landing, I would attempt to turn my thoughts to the enthusiastic people waiting for my arrival. Most aircraft owners were barely able to control their excitement as I touched-down after a flight from a journey originating on the other side of the world. I could always pick out a beaming smile as I taxied in and it was a privilege to hand over the keys at the end of a successful delivery flight. The satisfaction of completing each delivery was one of the thrills that kept me going, despite the dangers.

Becoming a ferry pilot was an unlikely mix of circumstance, bureaucracy, error, determination and stubbornness. It is not a journey I’d recommend to anyone, but the interesting people I met, the varied aircraft I flew, the cultures I witnessed, the weather I fought and the close calls I experienced as I flew over our borderless earth inspired me to write some of my stories down. Recalling every detail has been tricky and I relied on logbooks and some old navigation logs to trigger enough material to keep the stories somewhat interesting. It is inevitable that I have mixed up some of the events during this process and so mistakes and omissions are mine alone. Most of my ferry flights were long, boring and relatively uneventful, and so I have merged fragments of other unrelated ferry flights into many of my stories. I have removed or altered names, events, aircraft and places where I felt it necessary or where my memory has failed me.

I am a pilot, not a writer, but every pilot has a story to tell. This is my story of surviving life as an oceanic ferry pilot. They are memories I will cherish forever and I hope you enjoy them too.

Fly along on nine different delivery flights, and experience the literal highs and lows of these dangerously exciting journeys across our oceans.

Read about flights from dirt tracks in Russia, fuel leaks in Iceland, mechanical issues in war-torn Africa, low fuel across the Pacific and flying through the waves of the Atlantic Ocean!

Two Cirrus aircraft in the Azores.

Cold and tired crossing an ocean in a Cirrus SR20. 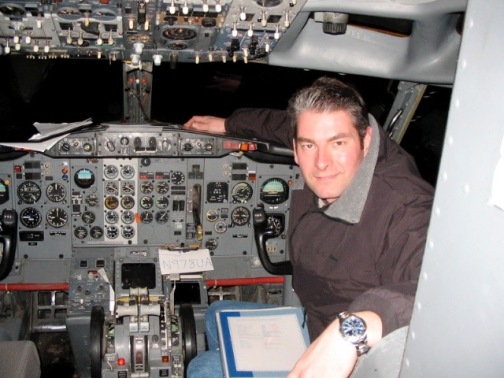 Boeing 737 delivery to the Middle East.

The Piper Archer mentioned in the Broken Wing story. 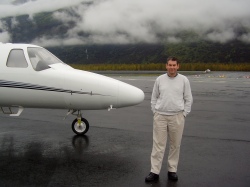 One of the British Aerospace ATPs from the Icelandic Drips story.

Ayres Thrush in Maine before leaving for Canada. 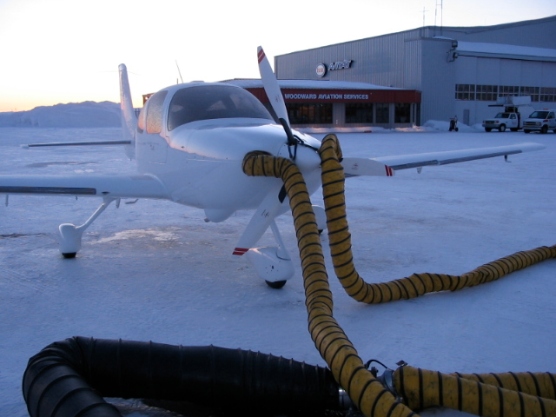 Warming the oil during a freezing day at Goose Bay. 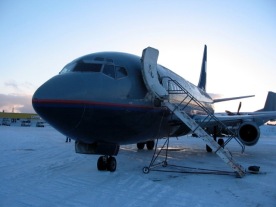 The Boeing 737 from the Pakistan delivery story.

Ferry tanks installed in a Baron BE58.

The Ayres Thrush from the Busted Duster story. 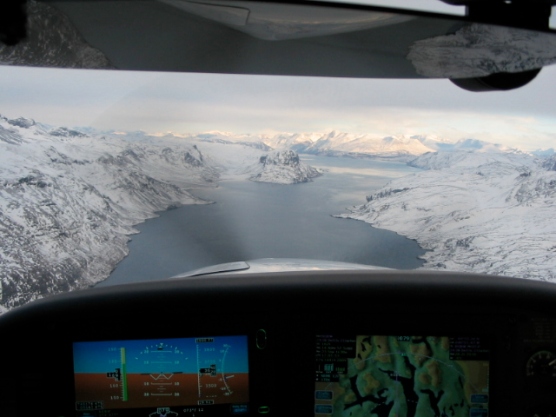 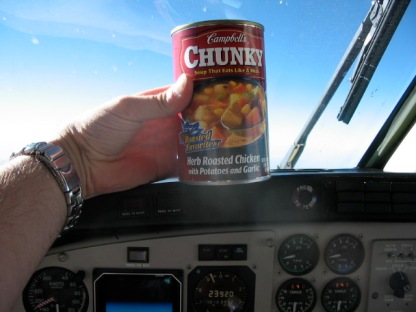